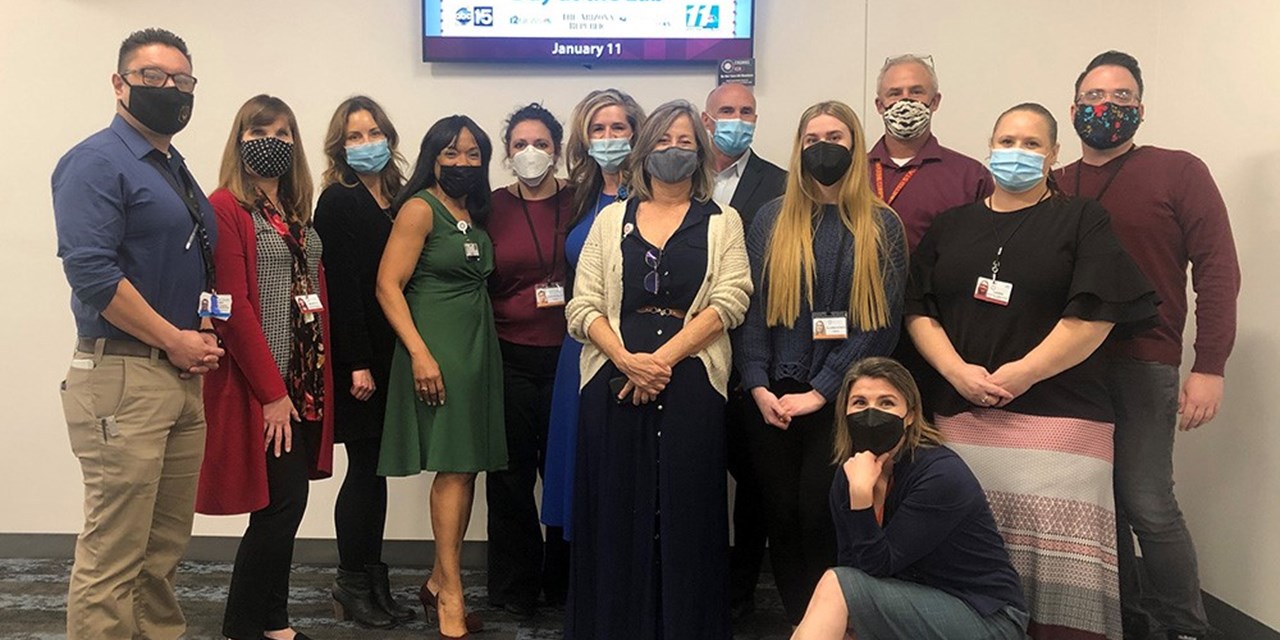 On Tuesday, January 11, Sonora Quest—in collaboration with its media partner, LAVIDGE—celebrated its first “Media Day at the Lab” at our corporate headquarters in Phoenix, Arizona.

The Molecular team didn’t miss a beat! All of this occurred while the team was processing and testing a record of more than 34,000 tests (as of 3:30 a.m. on January 12) as well as expanding PCR testing with two additional Perkin Elmer lines.

This was a true collaboration throughout the organization to make Media Day at the Lab a tremendous success—the information and interviews were picked up 180 times by various outlets in 25 states (plus, Canada and globally)—all in less than 24 hours!

Here is just a taste of the newscasts, online articles, and publications: